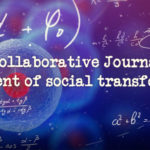 Since the creation of Cipher writing, mankind has known that shared knowledge is worth more, and has a higher impact, than knowledge that is not shared. It was during paleolithic, mesolithic and neolithic periods that humans managed to deal with obstacles imposed by nature, transform raw-materials into tools and hone other skills. The invention of writing made it possible for the records of events from different time periods to be copied and translated, serving as a valuable source for the scientific community.

“With writing mankind was able to beat not only time, but space. Writing allowed the recording of knowledged into a physical material, making it available for countless new generations, and simultaneously making it possible to transmit the knowledge through the transportation of the physical material.” (COSTELLA, 2002)

Two centuries after the German inventor Johannes Guttenberg presented the printing press, the idea of collectivity among peoples for the diffusion of knowledge was already present in Europe. In January 5th, 1665, the collaboration between the French and the British presses resulted in the release of a bulleting known as Le Journal des Sçavans(The Journal of Scientists) and two months latter, in March 6th, the first issue of the Philosophical Transactions of the Royal Society magazine was published, making it the first magazine dedicated entirely to sciencey the world. Its purpose was to inform society and interested readers of the new discoveries. The magazine was divided into physical sciences and life sciences, and can be found at RoyalSocietyPublishing.org, with open access for institutions, sponsors, academic institutions, journalists and researchers.

The constant flow of theories and discoveries greatly contributed with the progress of science. This contribution caused a change in the activities of scientists and their role in society. The changes brought about by scientific knowledge and its applications in society are so great that for Chinoy (1967), “it is not always easy to draw a line between purely scientific concepts and opinions with political or fanciful core”.

The invention of the press made information available to more and more people since the industrial revolution, culminating with the global availability we have today. The technological changes brought about a new type of writing: virtual writing — writing that is no longer palpable.

It is easy to observe the rapid growth of digital medias, which in turn significantly increase the ability to spread content. It is common to find websites and apps were it is possible to read, 24 hours a day, literary works, news and scientific studies in the form of digital magazines and books. An example of this are sites and apps such as:PinnPost, Flipboard, Feedly and Pocket, all of which bring modern and interactive reading resources.

In this manner, writing today ecompasses the variaty of means to access information and scientific knowledge.

“The technological developments are being used by nearly all the branches of knowledge. Breakthroughs happen faster than we could ever have imagined. The Internet, cable tv channels and multimedia resources are present and available to society. In turn, the world reality is that our students are increasingly well informed and are true participants in our globalized world.” (KALINKE, 1999)

“A specific case of scientific communication is that it refers to the processes, strategies, techniques and mechanisms for the communication of facts in the field of science and technology. Scientific communication roles include important economic, politic-ideological and socio-cultural functions and is made possible through a diverse set of journalistic genres”. (BUENO, 1984)

Therefore, Scientific Journalism, Scientific Communications and Scientific Diffusion are terms for different concepts that are part of a broad process of science diffusion and that can be used by Collaborative Journalism in its contribution to social change through science culture, as done in the journalistic piece “A Cura do Alcoolismo” (The Cure For Alcoholism).

Moreover, some of the concepts that are part of Open Source Journalism (here internet journalism), such as collaborative journalism, have contributed with scientific communication, by offering new channels for communicating, sharing, reading, discussing and analyzing information and data between sources and researchers. Sites such as Slashdot.org and Reddit have already become reference on the Internet. Proof of this are the open channels on biotechnology at Slashdot, or even The New Reddit Journal of Science, where renowned collaborators, such as the scientist Stephen Hawking, who answered users questions in a global debate called “Make Tech Human” about the future of technology in the world regarding life and society. The debate was organized by the communication companies Nokia and Wired.

The search for relevance of the application of research results for society is the role of scientific journalism. In this manner, by generating hypotheses or observing methodologies and materials used in a specific study, in an environment of collaborative publication, the interference in a journalist’s own research is fundamental. In this manner, what is taken into consideration the the process of spreading scientific information is the ability to understand and explain the actual effects of science research in society. This is the reason why scientists are interested in Science Communication Papers (SCP) and journalists are interested in Science Communication Features (SCF).

When considering the transposition of a scientific content to to collaborative journalism pieces, what is considered as most relevant or most interesting comes first. Then comes the secondary information and details, also included in order of importance. For scientific news, GOMES (2000) identified Alfetic, epistemic and narrative openings that can be defined as specific criteria in the production of written pieces. In his Phd dissertation in Linguistic at the Federal University of Pernambuco (UFPE). GOMES (2003) highlights the construction of a science identity in journalism by indicating the types of openings for these publications, that make it possible, for example, to warn the reader of an imminent danger or emphasise the newness of a specific technique or scientific breakthrough, such as the case of “Alfetic Opening”.

On the other hand, when the intention is to indicate a degree of caution on the part of the journalist in regards to the information, GOMES (200), classifies this mode as “Epistemic Opening”, which is related to the belief or knowledge of the writer in regards to the meanings contained in his or hers propositions.

Given that the types of texts can be different according to the editorial purpose of a given vehicle, be it printed or digital, at least one characteristic is similar to the narrative structure: the telling of facts in a chronological sequence. For Tuija Virtanen, (2009), Linguistic professor at Åbo Akademi University, Finland, the narrative is a basic type of text. For Gomes (2000), maybe for the same reason, the act of telling a story may be one of the most attractive ways of capturing the reader’s’ attention. The seductive power of a narrative, is sometimes explored in the pieces of Science Communication Features (SCF), using the “Narrative Opening”.

The techniques demonstrated on the magazine “Ciência Hoje” can help guide the author when using collaborative journalism to spread scientific knowledge. This approach model illustrate the way in which a specific piece of news can be presented, be it as scientific culture or scientific journalism.

In regards to the mass communication theories, (DEFLEUR and BALL-ROKEACH, 1997, page 232) “If a behaviour pattern is adopted as a model, and if this pattern is indicated as a problem solver, worthwhile or in any other way desirable for its results, the probability of such model being adopted by an observer increases. If its adoption has positive results, this specific model (habit) will continue to be a more or less permanent part of the individual repertoire.

JournalismoColaborativo.com is the main site for Collaborative Journalism in Brazil. It has been featured in Intercom — Brazilian Society of Interdisciplinary Studies of Communication XXIII / Expocom 2016 Prize and referenced in journalism startups in the 300th edition of Revista Imprensa in 2014.

The collaborative Journalism as an agent of social change and diffusion of scientific knowledge by Jornalismo Colaborativo is licensed under a Creative Commons Attribution 4.0 International License.